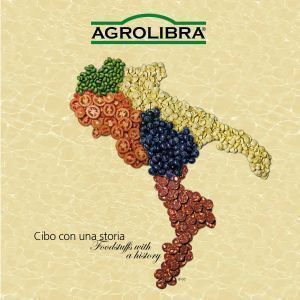 Food with a history

The products covered are mainly PAT Foodstuffs Traditional registered in the official lists of the respective regions. Nevertheless different products treated have never received any form of recognition, but have been identified and selected through years of travel and documentary research, meetings, tastings conducted in all regions by Sergio Vitolo, founder of Agrolibra. Their selection arises, first of all, by evidence of processing and response from the sensory analysis of multiple samples, but also makes use of the contribution of many journalists, writers, scholars, local correspondents, whose reports have been invaluable over the years. Compliance with good agricultural and animal husbandry practices, adherence to the suitability of the territory, is accompanied, in the work of Agrolibra selection, the growing awareness of the issues of food security. For this reason all subjects and all marketed products may be accompanied by special chemical-physical and sensory carried out in official laboratories. To be sold, products such as those proposed by Agrolibra srl, little known and limited distribution, require greater effort than the traditional information. Agrolibra insists on the value of the product, referring to the commitment needed to make it happen, the value of the raw material used, the value of testimony, often irretrievable, of a geographical region. For these reasons meant that the Internet www.agrolibra.com site was not just a modern e-commerce platform, but also a reference point for documentation and knowledge in the vast sea of the web. The Internet site of Agrolibra srl ​​intends to reflect the added value of a "workshop", as they used to be, where you could ask the staff and find out the grocer, the grocer, knew all their products, because chosen one by one first of all for passion and, more often, to the throat.

Moreover, for several months Agrolibra produces in four local chains with four brands: Durum wheat semolina, made with ancient grains such as Senatore Cappelli, Saragolla, Duro Albano, Timilia, cultivated in Polla (SA), Valley dell'Alento (SA), Brienza (PZ), Genzano (PZ); Extra virgin Olive Oil, obtained from CV Frantoio, Leccino, Pendolino and Ogliarola Lucana grown on the Monti della Maddalena, including Vallo di Diano and the province of Potenza; Jams and marmalade of local fruits, often at the risk of extinction, realized with the method under vacuum at low temperature and only with the addition of lemon juice and, in some cases, of grape sugar; Sweet and savory biscuits based on historically attested recipes as the Amaretto di Caposele (SA), The Biscuit of Ceglie Messapico (BR), the Anginetto Lauria (PZ), the 'Alliffabaffi to St. Peter onion al Tanagro (SA), and many others.