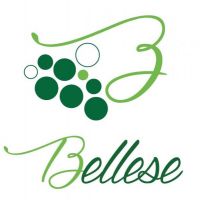 The Art of Wine, the Earth of A Land

Near the Piave and caressed by  Fosso Negrisia, winery Bellese Giacomo & Enzo picks up the old farmer’s tradition, and thanks  a combination of experience and technology, provides to his  customers wines that are children of their land.

Since the early 60's grandfather Ireno alongside the cultivation of silkworms, at that point a kind of revenue with a certain weight sensitive in the agricultural economy, the winery. But soon the bugs will cease to spin on their silent and precious workings will impose the sound of the first timid factories.

Grandfather Ireno separates from the family of origin and builds the house and the cellar in the current position. With determination and with the help of his son Giacomo begins retail sale of their  wine production.

With the entry  of his son Enzo and the beginning of the new millennium , the farm started the stage, not yet finished, of vineyards’ renewal. Significant changes have also been made in the winery, both in terms of space with the expansion of the processing area, both in management processes.

While our company doesn’t present a very large vineyard area, collects within itself a small variety of terrains. Just based on the soil’s characteristics we’ve  selected types of grape varieties, diversifying the production passing by some international varieties like Merlot, Cabernet Sauvignon and Chardonnay to get to Raboso, tangy and robust wine that brings together the characteristics of "grave": gravel beds consist of pebbles of different sizes, a  gift of the numerous floods of the river Piave. From it we reach the soul of our land in a unmistakable scents and flavors that distinguish the production of the territory.

Recently the company has expanded its area of ​​cultivation, renting a few acres around Salgareda, very suited for the cultivation of red grapes, while among the white grapes, soil widely clay in a mixture of earth and rock dolomite, are the masters of Prosecco and the less common, but surely interesting Manzoni Bianco. Wines profoundly different between them, but all expression of territoriality. That in the family Bellese is taken deeply seriously.

For us, the grape cultivation is not only working but is a manifestation of the love we have for our native places, landscapes hidden in the grave of the Piave, away from city life that with its rhythms clears the peace and serenity. Rhythms  you can found easily on  dirt roads that flank the expanses of vines alternating between modern and monumental Belussere Guyot, framed by hedges trees, groves of elm, plane and elders spontaneous

The manufacturer has self-certified their ethics

Certifications from other organizations and Network participations

Soc. Agricola Bellese Giacomo & Enzo s.s. self-certifies the above informations. E-circles at the time had not yet verified the veracity of the information published in this section.